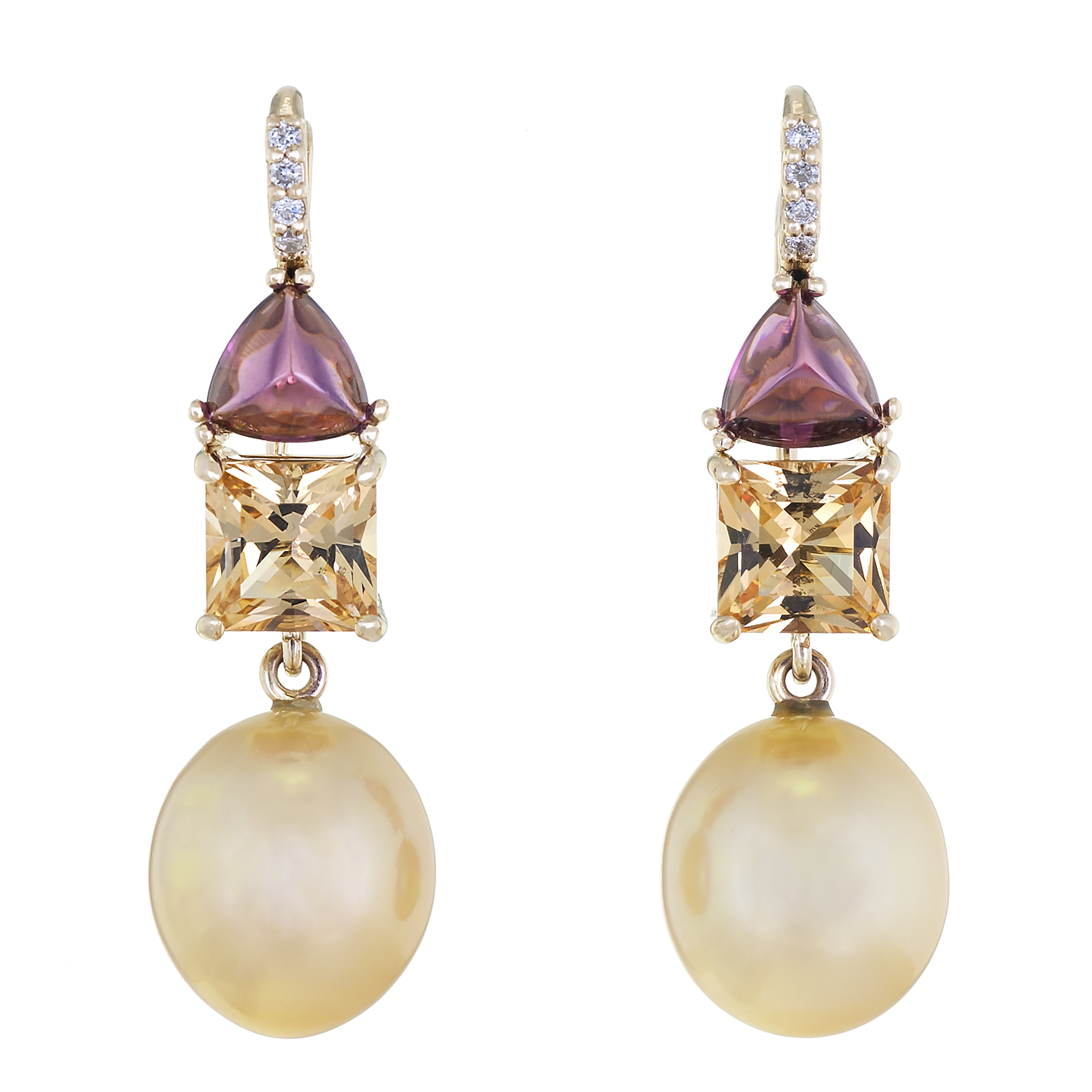 Make An Inquiry
Product is not available in this quantity.
No items found.

One of a kind custom made imperial topaz rhodolite garnet and natural south sea golden pearl earrings. The color of these earrings were inspired by leaves changing. The warm honey like color of the imperial topaz to the cranberry red of the cabochon garnet to the golden glow of the pearl, all reflect the subtle changes in nature. The gemstones are set in 14kt yellow gold with diamond accents. imperial topaz weighs 3.21 carats total. Rhodolite garnet weighs 2.60 carats total. South sea measures 11mm. Diamonds weigh 0.06 carats total. Designed and manufactured in chicago by Jennifer Sydel for Sydel & Sydel Ltd. This is a one off design that will not be recreated.